Maropeng – The Cradle of Humankind

The Stone Age site has been excavated since October 2005 by scientists from the University of the Witwatersrand. The early stone tools found here belong to the Acheulean period and include hand axes and cleavers.

Early humans and their ancestors came to the Maropeng area to use the local rocks for tool-making as they pursued a hunter-gatherer way of life. The technology of these tools suggests they were made sometime between 1.0 and 0.5 million years ago during the Earlier Stone Age, prior to the appearance of modern Homo sapiens.

Travelling for about 40 minutes we will reach Maropeng for a journey of discovery.

Along the pathway to the Tumulus building, stop to have a look at the site of an archaeological excavation.

Pause, too, to read some of the messages about our past engraved on rocks as you walk up to the entrance. They include, among others:

The marketplace where you buy your tickets and a grassed amphitheatre that accommodates 10 000 people are sunken into the grounds around the Maropeng Visitor Centre, housed in the Tumulus Building. The Tumulus Building is evocative of a giant burial mound or perhaps an enormous buried fossil, with concrete “bones” sticking out the top. There is a learner centre and a hotel inside the development, which are mostly hidden in the rolling hills.

The boat adventure starts at the present and continues on a trip back through time, retracing the various stages of the creation of our earth. Snow-making and ice-producing machines give voyagers an indication of what the most recent ice age may have been like. The journey goes back further into time, when the world was submerged in water, and beyond that to the formation of the earth’s crust and the shifting of the tectonic plates. 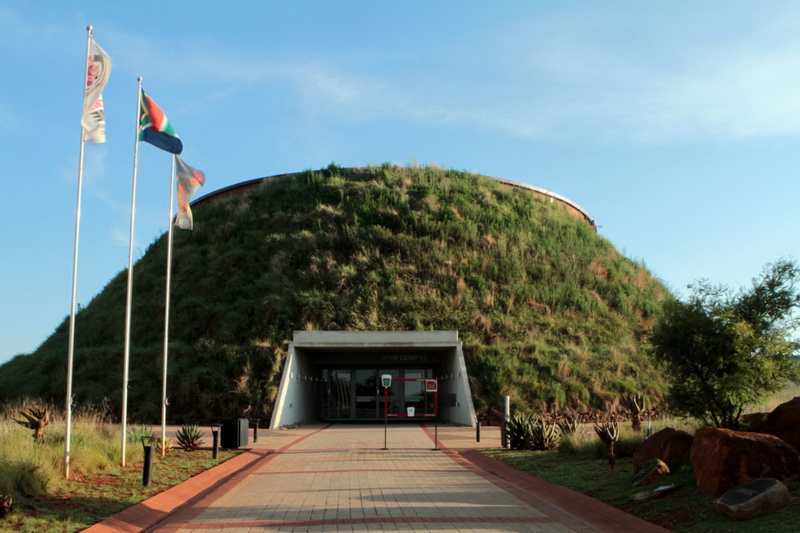 Finally the beginning is reached, when the earth was a fiery ball of molten rock, and the ride ends dramatically in a simulated ‘black hole’. Scientists theorise that our world came into existence as a result of the collapse of the first star, creating a ‘black hole’ with a powerful gravitational pull. The force of the explosion created momentum amongst some of the dust, rocks and gas produced in the ‘Big Bang’ 14-billion years ago. These particles were drawn into the centre of the ‘black hole’, gradually amassing into matter which eventually created the earth.

Visitors continue on foot for 3 metres in the ‘black hole’, before emerging in front of an audio-visual presentation of the formation of the earth, providing further understanding of the sensory experience of the boat.

At the end of the exhibition is the original fossil display. This area houses original fossils on loan to Maropeng from various institutions across the country, and it changes regularly.

As you walk through the exhibition itself, you move in a journey of discovery from the beginnings of the world, through the history of humankind, right into the future. As you emerge, you discover one of the best views in Gauteng. 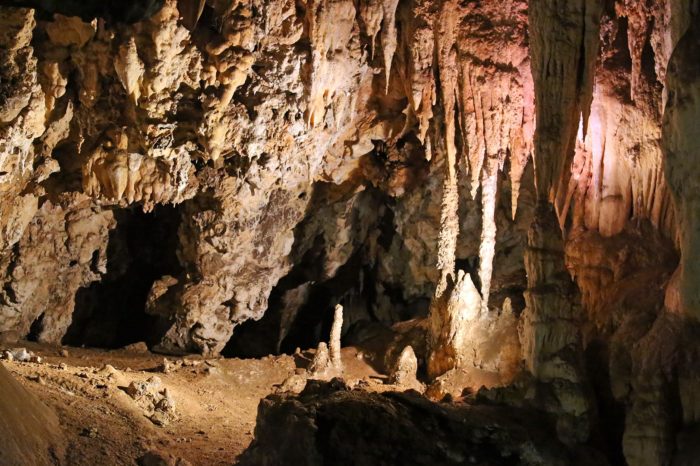 This is an amazing tour taking you back in time to what life looked like millions of years ago. This is a popular tour and takes you west of Johannesburg, near the Magaliesberg mountains into the agricultural sector of the […]

This website uses cookies to improve your experience while you navigate through the website. Out of these cookies, the cookies that are categorized as necessary are stored on your browser as they are essential for the working of basic functionalities of the website. We also use third-party cookies that help us analyze and understand how you use this website. These cookies will be stored in your browser only with your consent. You also have the option to opt-out of these cookies. But opting out of some of these cookies may have an effect on your browsing experience.
Necessary Always Enabled
Necessary cookies are absolutely essential for the website to function properly. This category only includes cookies that ensures basic functionalities and security features of the website. These cookies do not store any personal information.
Non-necessary
Any cookies that may not be particularly necessary for the website to function and is used specifically to collect user personal data via analytics, ads, other embedded contents are termed as non-necessary cookies. It is mandatory to procure user consent prior to running these cookies on your website.
SAVE & ACCEPT